JMC Fire is an independent production company formed to promote, produce and increase awareness of my plays.

From the mid-1980s onwards, I have written a series of plays which use a poetic sensibility and rich, theatrical language to tell dramatic stories about characters who might otherwise be ignored. I put at the centre of my plays such characters as an overweight, lonely jobseeker (Fat Souls), a teenage vandal and his concerned teacher (Coming Up), a pimp and an underage rent boy (ecstasy + GRACE), a socially awkward gay misfit (I Really Must be Getting Off), an actor sexually harassed by a star (Coward), a barman framed for a murder (Been on the Job Too Long). I place these unlikely protagonists at the heart of stories which hint at universal myths and folktales. As well as the material and emotional circumstances of the characters, I write about their spiritual conditions. My characters are living beings with souls, to be lost or grown.

I write contemporary plays which deal with strikingly current themes and action within conventions drawn from varied eras of theatre – masks, verse, asides and soliloquies; medieval, well-made or Renaissance multi-plot structures. This practice places the characters and their stories in a unique theatrical world which removes them from the trappings of social realism and which might allow us to see them afresh.

JMC Fire will premier new work and revive my earlier plays. The company will give new and emerging artists and skilled practitioners the chance to encounter and create exciting new theatre from these texts.

Our first production was the premier of my new play, Reformation, made possible by a generous grant from the Faculty of Arts and Creative Industries at Middlesex University. The production, directed by Janice Dunn, played at the White Bear Theatre in London, June-July, 2019.

Future plans for the company include a revival of Fat Souls and the premier of a new play about St Alban, Protomartyr.

Those interested in supporting the work of JMC Fire, working with the company, or finding out more can email jmcfireuk@gmail.com 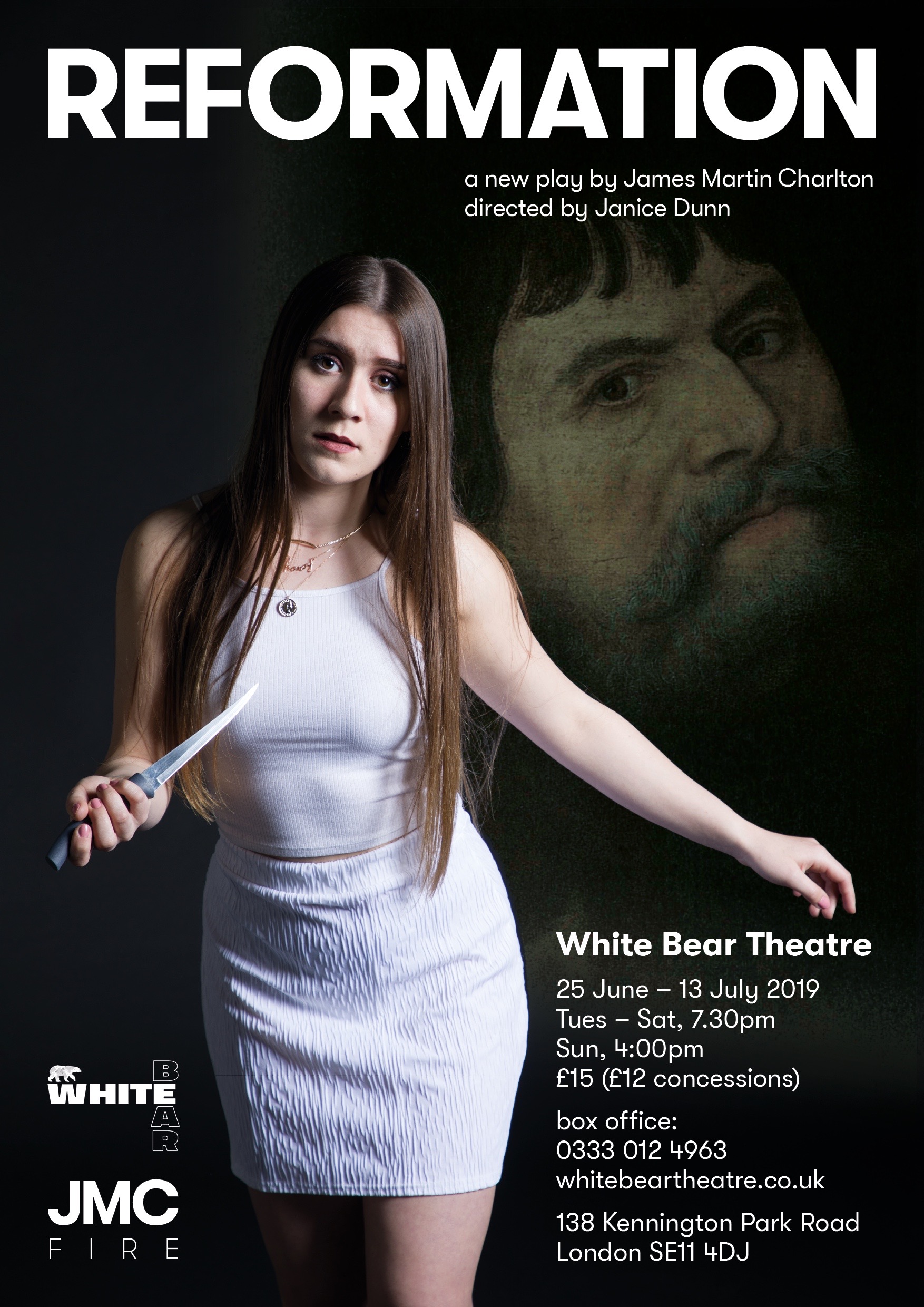