During the premier production of I Really Must be Getting Off, I recounted a Noël Coward anecdote to two of the cast. This story appears in Philip Hoare's biography, the old story of a lusting, powerful man on the case of younger flesh. I quipped that the story would make a good play. They agreed and commissioned me. Always regale those you meet with anecdotes.

I set to work turning the bald facts of history into a speculative work about the private life of a powerful celebrity. I re-set the story in the mid-1930s, and invented a wholly fictional actor for Coward to lust after, Leonard Marlowe. Coward helped such luminaries as Laurence Olivier, John Mills and Louis Hayward to the glittering limelight, and I suppose that such an offer of assistance would have given any young performer stars in their eyes. The play shows the influences on and consequences of Leonard's decision to get into bed with Noël not only professionally but sexually.

I never thought that I was writing past history. This was a time when Kevin Spacey ran the Old Vic. We all heard the tales. Later it all came out, during #metoo. Everyone in the industry always knew this kind of stuff goes on. There are a lot of discarded human bones littering the pathway of success, the flesh having been eaten by giants.

Coward was originally conceived as a two-hander, but shortly into the planning process, I went to the producers and suggested that I add a third character, Noël's servant (and later friend and biographer) Cole Lesley. The producers agreed, and the addition of Cole as third character added to the depth and variety of the play's action.

The commissioning producers tried bravely to get the play on, but were let down by some pretty powerful players themselves. A few years later, some young graduates starting out in the world enquired about the play. It finally found its place on the boards.

Coward is a speculative drama featuring the playwright and performer Noël Coward as a lead character.

London, early 1930s. The eve of the second world war. A young, struggling actor, Leonard Marlowe, arrives at Coward's swank London apartment for an audition. He finds that the part Noël has in mind for him is as amorous as it is theatrical. Will the lure of a helping hand up the showbiz ladder be enough to persuade Leonard to change his mind about himself? And can Leonard ever really fit into the glittering, name-dropping, aristocratic world The Master inhabits? For Leonard has a backstory of his own…

All the while, events are observed and stage-managed by Noël's personal assistant, Cole Lesley, the epitome of the good and faithful servant. 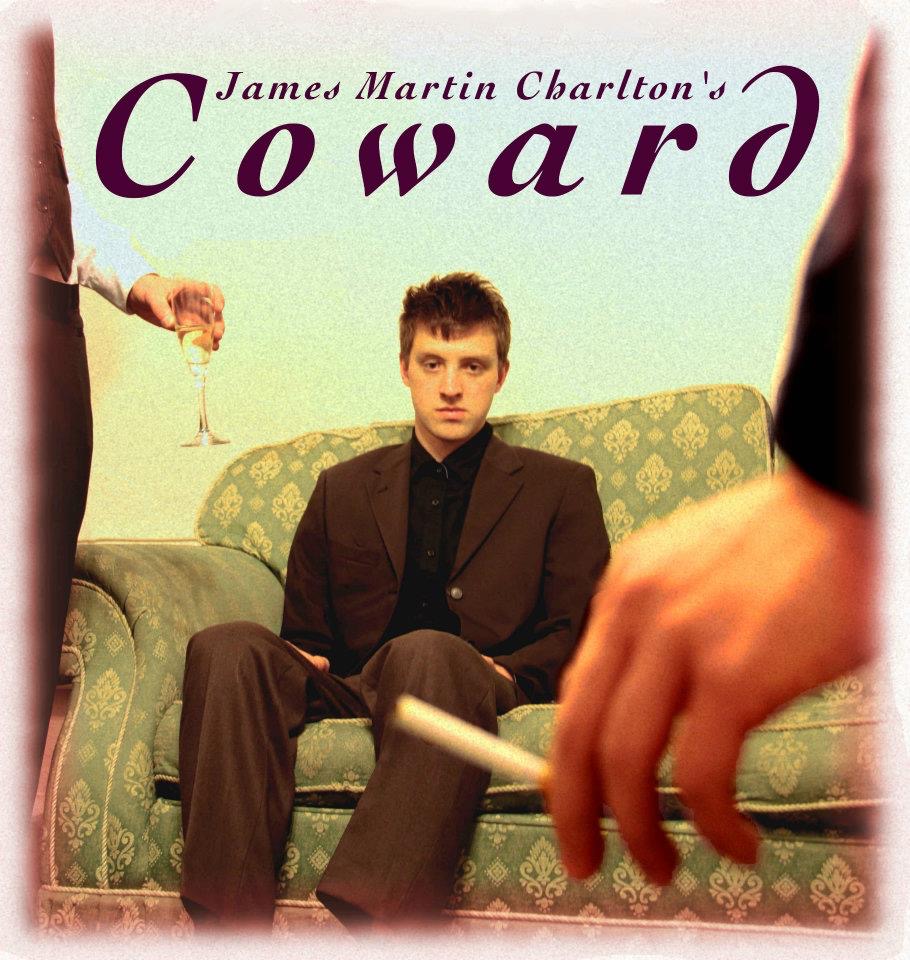 Trailer for Just Some Theatre production, 2013:

"… quite an achievement in its own way as Charlton sets the bar high for himself in creating a fictional Noël Coward - but he pulls it off. I came away thinking his fictional Coward is every bit as successful as Peter Morgan's versions of Frost, Nixon, Longford, Blair and HM the Queen. A fiction yes - but capturing something of the truth of the man I felt. ... an intelligent, accessible play written with dash, wit and real comic brio." - David Eldridge

"This is one of the best plays I have seen for a very long time. Coward, a fictional biography of Noel Coward, deserves a transfer from the White Bear Theatre, at the back of a pub in Kennington to the West End stage. It is reminiscent of The Judas Kiss and deserves the same acclaim... The script balances the witty and the crude perfectly. There are moments that shock, making the audience squirm with discomfort and others that are enjoyably light... This piece is witty, beautifully written" - West End Wilma

"An enthralling and colourful look into the private life of one of the most well-known and celebrated actor/playwrights of the 20th century... The discomfort of watching Coward’s tyranny over and manipulation of Marlowe is augmented by his equally steely grip on his devoted servant Cole (Peter Stone). This complex power dynamic is intriguing and raises a great deal of thought-provoking questions about status, class, human rights and even human decency.... Whether you know everything or nothing about Noël Coward, this is a gripping production with numerous layers to feed your mind and imagination for days... an incredibly engaging and thought-provoking interpretation of Noël Coward’s character that, while not a holistic snapshot, does replicate some of the disconnect and untidy-ness of life." - Everything Theatre

"This new, speculative bio-drama doesn’t set out to flatter bon viveur British playwright Noël Coward. Here, he’s a damaged, venomous egotist who sits at the centre of 1930s London society like a spider, luring young men with the promise of a glamorous life and theatrical success... Satisfyingly, writer James Martin Charlton, while fleshing him out, doesn’t strain to make Coward – played with impish cruelty by Jake Urry – sympathetic. Throughout what is essentially a chamber piece between the playwright, his servant and Leonard Marlowe – the handsome, naïve actor he seduces – Coward’s fear of scandal trumps everything... this well-acted, confidently written play never overreaches itself and ends – effectively – with World War II looming on the horizon. Soon, the way of life Coward clings to so tightly will be gone." - Time Out

“Charlton does a great job at capturing the rhythms and lacerating wit of the Master. While the first act is extremely funny, the play pulls off the feat of also exploring the darker side of the 1930s with Britain heading towards a second world war. We find out something about Leonard’s past which gives an added resonance to the play’s title... The playwright obviously knows his subject inside out, and fans of Coward will have a lot of fun spotting the references. Yet far from being a hagiography, the play’s attitude to its protagonist is profoundly ambiguous. Even mulling it afterwards I’m not sure how I feel about Noel and whether his wit and charm compensate for his tendency to exploit the constant supply of eager young actors willing to do anything for a part. Coward is funny, moving and has an authentic erotic charge. It might not be a flattering portrait of its subject, but it certainly fascinates." - G-Scene, Brighton

"Menacing play, tightly acted in an intimate venue. The actors were truly fantastic and it was intriguing to see this side of Coward portrayed. I thought it would be a light-hearted play but it was dark and a fascinating study of how fame corrupts and how manipulative Coward was at keeping his servant on his toes and how reptilian he was at seducing young straight men. Fascinating stuff, go see! (...) engaging dramatic development and wit. Don't miss it! (...) A witty and entertaining evening... It's charming and funny with a dark edge (...) A gloriously entertaining play of unusual wit, insight and humanity which is not afraid to explore the darker side of Cowards character whilst giving the audience enough moments of audacious humour to make this one of the more entertaining nights at the theatre in recent memory." - Time Out readers reviews

"5 stars... GO SEE! (...) Great stuff...a deliciously amusing comedy about a fictitious incident in the life of Noel Coward when he was at the height of his success and also at the most self centered time of his life (...) Thoroughly enjoyed this witty play. Writing was superb and quite a few times when one of the actors said the word "Boots" the audience was in titters (you have to see to know what was significant about that word!) The play, although quite funny, had a dark side in that it showed Coward to be quite a cruel and selfish individual who was very callous to the young man once he had seduced him away from his girlfriend with promises of an acting career which came to nothing (...) - Audience Club members